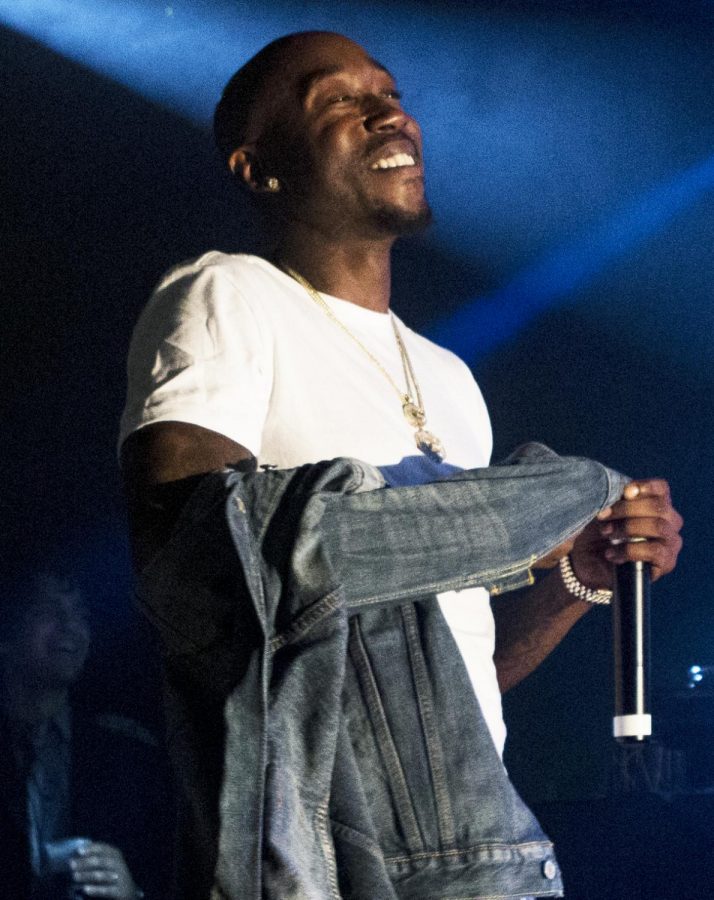 Today’s rap scene is mixing sounds of electronic, punk, and even country. Freddie Gibbs is an outlier in today’s music scene, combining old school sounds with a modern approach.

Gibbs grew up listening old-school rappers including Tupac, UGK, and Geto Boys. He’s from Gary, Indiana and before rapping he sold crack and was once a pimp. After being arrested, he joined the United States military and was later discharged. He began making music in 2004 but was dropped from a major label in 2006. He continued making music with rapper Young Jeezy before gaining popularity in the 2010s. He embraced his nineties rap influences in an era in which older generations and people of the new school clash.

The albums that define Gibbs discography are with acclaimed producer-icon Madlib. Madlib has been an underground god due to his work with rap icons J Dilla and MF Doom. MF Doom and Maldib created what some say is the best rap album ever, Madvilliany, in 2004. Gibbs and Madlib had their first collaboration in 2014 for the critically acclaimed Pinata. The album’s popularity with hip-hop die-hards as well as internet forums has drawn a cult following, due to its fusion of jazz based samples along with Gibbs cold approach to rap. The two thankfully reunited this year for another successful collaboration.

The new album, titled Bandana, has fewer new artists to the rap game but more familiar faces. The album is a more mature project that could be considered rap noir. Gibb’s baritone delivery and hard-spitting style go perfectly with the sample heavy and lo-fi inspired beats Madlib provides. The style of the album is to the point and holds nothing back. In songs such as “Situations,” Gibbs discusses surviving a shooting that killed his cousin. Songs like “Crime Pays” and “Fake Names” are examples of why Maldib and Gibbs flow perfectly together. These simple, yet melodic beats filled with orchestral samples integrate Gibbs’ discussion of the problems his family experienced with cocaine addiction. In the song “Palmolive,” guest and rap icons Pusha T and Killer Mike chime in to add to the mature setting of the album with stories of drug addiction and crime told over mesmerizing and relaxing samples. Madlib made all the beats on this album as well as all the production on his iPad. Current Senior Campbell Johnson believes “Bandana is a great album yet I don’t know if it has the longevity of a Pinata or Madvilliany.” Gibbs proves yet again he is the godfather of modern rap.