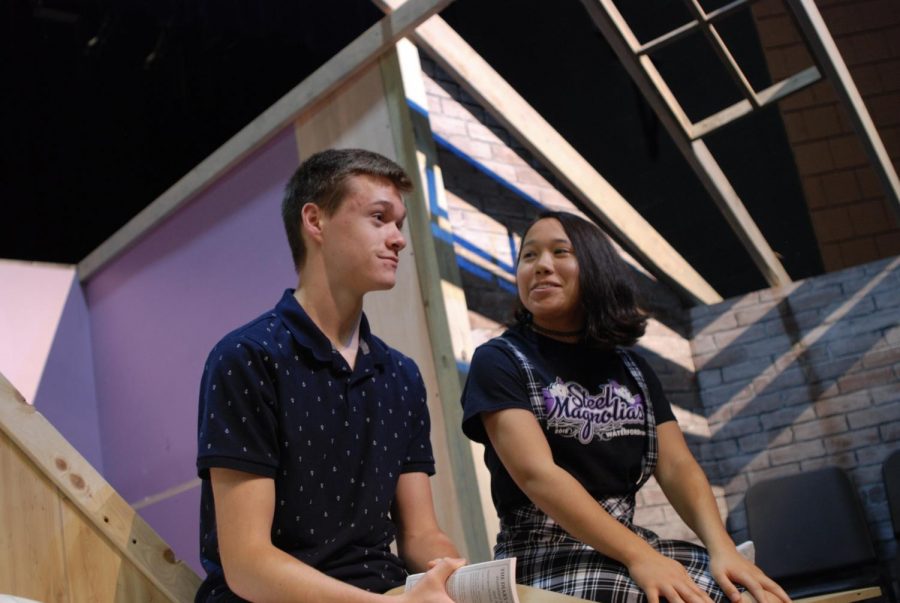 For the second time, WATERFORDrama will be portraying the heartbreaking and influential story of Anne Frank in the play “The Diary of Anne Frank.” The play centers around the experiences of the families hiding in the Secret Annex, and their struggles to coexist in the midst of Nazi-occupied Amsterdam.

The tension from the threat of being caught is balanced out by the lively spirit of Anne, brought to life by junior Amanda Rowe. When asked about her first reaction to finding out that she would be portraying Anne Frank, Amanda said she was both “really excited and a bit nervous,” as she is not only portraying a figure she admires, it is also her first lead role in WATERFORDrama. I asked her what the role meant to her, to which she replied, “Growing up Jewish and constantly hearing about the horrors of the Holocaust really gives me a different perspective on Anne Frank’s story. . . . It’s important to me to play this role as well as I can in order to hopefully allow my audience to feel the same way.”

When asked about why he wanted to do this show after 11 years, WATERFORDrama director Shane Valle replied that due to recent events around the world, and the rise of white supremacist hate groups in this country, Anne’s story is more important than ever. As there are fewer people in the world who have first-hand experience with the Holocaust, stories like Anne’s are what are going to live on.

Also joining Rowe on stage are seniors Nina Pezzello and David Sugrue, who are portraying Edith and Otto Frank, Anne’s mother and father. Sophomore Madison Gates will be playing Anne’s older sister Margot. Emily Robillard and Jameson Kelly will be playing Mr. and Mrs. Van Daan, with junior Jack Lange portraying their son Peter. Junior Justin Wujtewicz plays Mr. Dussel, another Jewish citizen forced to hide in the annex. Julie Morrison and Liam Ward portray Miep Gies and Mr. Kraler, two workers at the Frank’s business who helped to deliver food and other supplies to the families living in the annex.

The show will be performed on October 17, 18, and 19. Doors open at 6:30, and the show will begin at 7:00. Tickets are on sale and will be available most blocks during school. When purchased in advance, tickets cost seven dollars for students and twelve for adults.