A Decade Later, We Remember It All Too Well 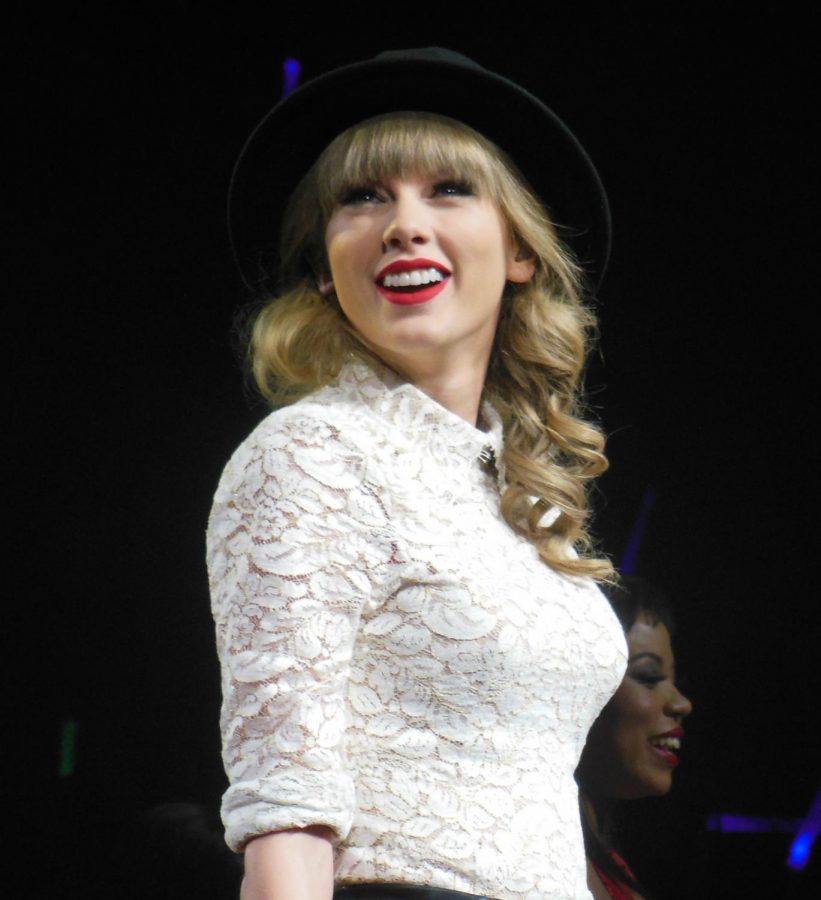 Taylor Swift’s fourth studio album, Red, was originally released in 2012. With originally 16 tracks spanning one hour and five minutes Red was the beginning of a turning point for Swift’s career with the path to pop right around the corner.

In 2019, Scooter Braun, a manager of popular artists like Justin Bieber and Ariana Grande acquired the record label Big Machine and as part of the deal gained ownership of the master recordings to Taylor Swift’s first six studio albums. Swift had ended her contract with Big Machine records in 2018 and had been trying to purchase her own work for years, but Big Machine had offered unfavorable conditions. This led to Swift deciding to re-record the first six of her studio albums the way she originally intended them to sound without input from the record label. The first album re-recorded was Fearless, originally debuted in 2008. Re-recordings bring along all the songs from the original album as well as a handful of tracks Swift has coined “From the Vault” that were written for the original album, but did not make the cut. On November 12, 2021, nearly a decade later Red (Taylor’s Version) was released. Fans have commented that the album has a new feel to it despite being songs most have heard before. Swift envisioned Red as more of a pop record originally, but Big Machine stopped her from pursuing this in the writing and production process. Now that it’s Taylor’s Version, Swift can now create her art the way she wants without unwanted creative input.

The new version of Red includes two notable changes to the writing and production of the original songs. The title track “Red” is meant to symbolize all the feelings a relationship holds. “A fractured mosaic of feelings that somehow all fit together in the end” said Taylor when explaining what specifically it symbolizes to her. In this song, the line was originally “Memorizing him was as easy as knowing all the words to your old favorite tune”. The rerecording changed the word “tune” to “song”. While this change is very mild, it caught many longtime fans off guard. It also triggered a slew of fans wondering why the lyric was changed in the first place. A similar change occurred in “You Belong With Me (Taylor’s Version)” off of Fearless (Taylor’s Version). The lyric “I’m in the room, it’s a typical Tuesday night” changed to “I’m in my room, it’s a typical Tuesday night”. This was later speculated to be because the word “my” is what was most often sung by fans regardless of the actual lyric. The second, more notable change occurred in the song “Girl at Home (Taylor’s Version)”. The entire production of the song changed from a very average-sounding country song to a new entry to Swift’s catalog of pop tracks.

With the release of a (Taylor’s Version) album comes a handful of songs from the vault which have never been released before from the period the songs were written. Ava Burrows, a junior, at WHS spoke to her favorite. “Better Man is her song originally and I had no idea someone else sang it and I had no idea. She gave the song to another band and now she is signing it. I’m so proud of her.” Another popular vault song is “Nothing New”. This is a track devoted to divulging the inner fear of growing old and losing what you’ve built. “Nothing New” is a track devoted to divulging the inner fear of growing old and losing what you’ve built. Aly Lewis, a sophomore, said “I listen to sad music even when I’m happy.” She says “Nothing New” is her favorite vault song to listen to when feeling sad and even when she feels happy. While “Babe” was originally written for Red in 2012, it saw its first light of day in 2017 when Taylor gave the song to Sugarland. “Babe” tells the story of a couple whose husband meets another woman. Once the mistress was able to get the husband to herself, she realizes that now she herself is also being phased by another woman. “Message In A Bottle” is an upbeat track telling the story of a lover far away. A lover which the only way it feels you can reach them is with a message in a bottle. “I Bet You Think About Me” is one of the singles off of Red (Taylor’s Version). The song is essentially a country ballad poking fun at her ex-lover’s lifestyle. The line “I bet you think about me when you’re out at your cool indie music concerts every week.” makes a reference to “We Are Never Ever Getting Back Together” when Swift says “And you would hide away and find your peace of mind. With some indie record that’s much cooler than mine.” Dedicated fans have been able to infer that the two songs are about the same person. “Forever Winter” is a song about somebody very close to Swift who is struggling with their mental health. “Run” is a cute song about a couple fantasizing about the idea of running away together with the strength of their bond to face the unknown. “The Very First Night” is an upbeat track that subtly references “All Too Well”, with swift singing about how she and her ex used to “dance in the kitchen” and how he would “chase me down the hallway”. Which parallels the line from “All Too Well” “We’re dancing ’round the kitchen in the refrigerator light. Down the stairs, I was there.” The song is a reflection on the first days of a relationship that are lived in this state of bliss.

A song that originally brought a lot of pain to the singer upon performing it has now become a fan favorite as well as the widely viewed best Taylor Swift song. The version released back in 2012 was an acoustic heartfelt tearjerker. Now with more creative freedom, Swift has brought longtime songwriting/producing partner Jack Antonoff onto the track bringing a much more pop-like feel to it. Kayla Kelly, a sophomore, says “Nothing will ever be the same as the original, since she was really young and going through it, but I still think this was really good. Nostalgic.” In addition to new lyrics that were cut from the five-minute version that made it to the album in 2012, Swift wrote, directed, and starred in All Too Well: The Short Film alongside actors Sadie Sink and Dylan O’Brien showcasing stunning autumn visuals that perfectly encapsulate the aesthetic of the song. A fleeting, but all-consuming relationship is portrayed in the film as well as the ups and downs of not only love, but the struggles of a relationship with an age gap. It would not be a Taylor Swift project without easter eggs sprinkled throughout the video for enthusiastic fans to decipher from the red scarf left at the sister’s house to the 21 candles on the birthday cake.

Red (Taylor’s Version) has amassed a large following from Tik Tok trends and people jumping on the Swiftie bandwagon. Red (Taylor’s Version) is awarded the most-streamed album in a day for a female on Spotify with 90.8 million streams. This number beats her previous album, Folklore, with 78.7 million streams in a day. Swift has also achieved the feat of being the most streamed female artist in one day in Spotify history with 122.9 million streams. In addition to these record-breaking streams, “All Too Well (10 minute version)” has reached number one on the billboard top 100. Many have been very impressed with Swift considering a song that is 10 minutes long has been widely viewed as taboo for an artist to release along the thinking that it is too long and won’t keep people’s attention, but Swift proved the critics wrong. She once again proved that Taylor Swift is the music industry.