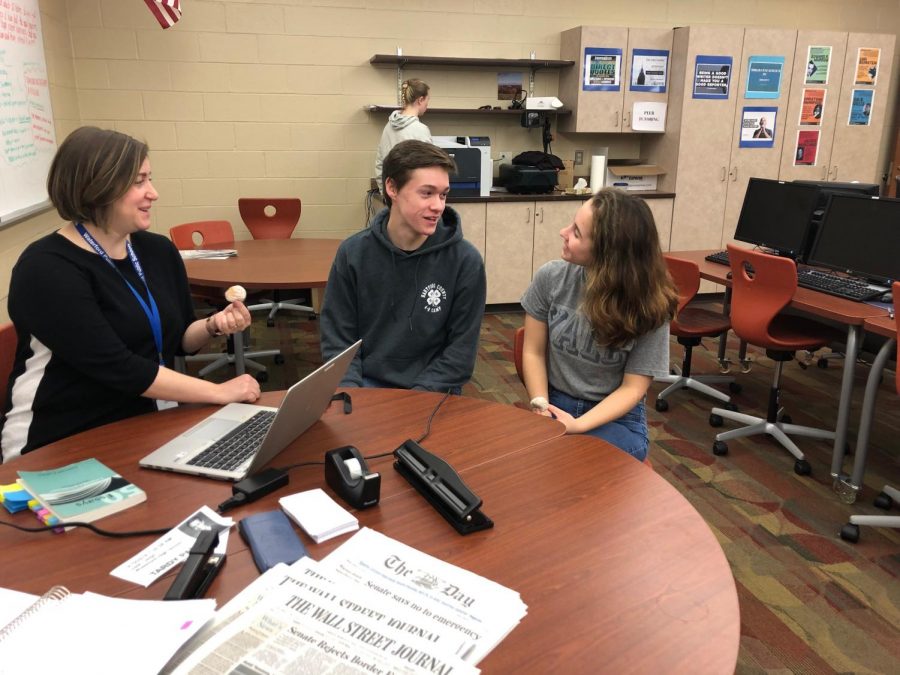 A classroom is a place of learning for all, but a different experience for each student as well. One factor that differentiates student experience is the gender of the student as there are discrepancies between academic performances between girls and boys, as well as teacher-student interactions.

When considering academic and cognitive abilities, girls are often seen to be more motivated in doing well in school, as well as having slightly better grades. For example, a study at Edina school suggests that girls made up 67% of the top students in their class, as well as 60% of the highest achievers in the grade. Additionally, girls were seen to be more engaged in school as 84% reported that they liked school, while only 64% of boys reported the same. Female domination of academics continues to occur in post-secondary education as more females attend university than males and attend grad school as well.

Here at Waterford, females on average tend to have better SAT scores than males as well. Whereas boys have an average score of 536 for Math and 536 for Evidence Based Reading/Writing scores, females have 540 and 563 respectively .

The classroom climate itself is more apt for girls than boys, which results in the gap in performance.  In particular, the “child-centered” method of learning, which discourages competition and encourages collaboration and group work results in the gap. Doing so seemingly causes boys to make more impulsive decisions, get bored easily and exhibit less maturity. This behavior in boys apparently comes from the inconsistency of hard discipline that is exhibited in today’s classroom, to which boys used to respond well. Moreover, the lack of competition also creates a less favorable environment for boys, who tend to thrive on competition (“Now Girls”).

Let’s now consider what Waterford seniors have to say about the differences in how teachers interact with students.

When asked if teachers gave more praise for good behavior over correctness, Shannon Fitzpatrick stated, “I’ve always been praised equally for my correctness [compared to boys]… but with the behavior part, I think girls definitely are praised more… a lot more teachers use girls as examples of good behavior. Boys get in more trouble for acting up.” Shannons statement concurs with the results of the studies when considering behavior; however, it also suggests that Waterford is doing well when considering teacher responses to knowledge.

Tyler Radack suggests “In my view, both sides usually equally get attention for good behavior; however, behavior is definitely discredited in boys” when considering behavior and correct knowledge responses in teachers.

Similarly, Jannatul Anika agrees that “they tend to critique boy’s behavior more… and point out how girls take more AP classes.” Her observations generally agree with trends and that of other students, suggesting change at Waterford needs to be made when considering how the behavior of boys is treated.

Aggregately, it can be said that the gender performance gap is due to the way classrooms currently function, which must be changed for every student to perform optimally. To approach optimal performance, teacher responses need to be considered by educationists and changed to support all students in a more equal manner.