Ever Wanted to Go under the School?

If you’re anything like us, you’ve wondered why there’s such a large space above the third floor, what the teacher’s lounge looks like, or if there’s a basement under the school. In the name of journalism, we set out to uncover the mystery of what hides in plain sight. Here is what we found…

The school is heated and cooled by a geothermal system that works by pumping water deep underground and utilizing the temperatures there. Looking like the setting of a science fiction movie, the system is based on the first floor of the school and has pipes extending underground below the junior parking lot. The geothermal setup initially cost more to install than a typical oil or natural gas system would, but the investment saves money in the long run, since fuel does not need to be purchased. It also has the added benefit of being significantly more environmentally friendly since no emissions are released into the atmosphere.

The ceilings of third floor classrooms are flat, but the top of the school when viewed from the outside is a triangle. What is housed in the large space above the third floor? The answer is not much. Crossing the entire space are structural beams used to support the roof. They take up the entirety of the area, leaving only a thin catwalk down the center above the hallway. Lining the floor is a snow-like substance that acts as insulation. Accessible from that space is an overlook that houses large ventilation outlet pipes. The small area is visible from down in the quad and provides some great views of the campus. 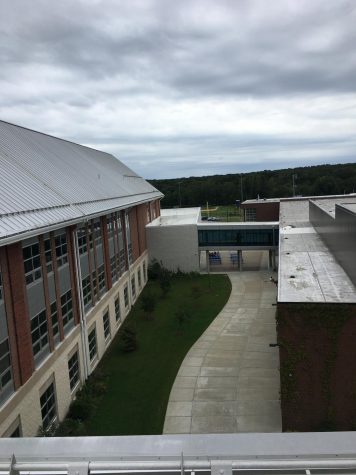 In the old section of the school there are two rooms that lie below the building. Despite popular belief, they are not bomb shelters. The spaces house equipment related to the distribution of electricity, heated and cooled air, clean water and wastewater, and sprinkler system piping. The spaces are not used often and everything is covered in a thick layer of dust. 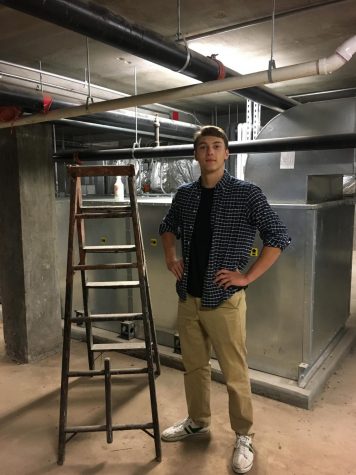 The mechanical room for the pool is home to a multitude of pipes that filter and heat pool water. Also in the room is an old refrigerator that appears to be at least 30 years of age.

The roof of the old section of the school does much more than one may initially realize. Concealed behind walls and corners are large pieces of machinery related to climate control in the building. Access to the roof can only be obtained through scaling ladders, as there are no stairs up to the top. Outside, a ladder allows one standing on top of the band room to climb and stand above the auditorium. Directly above the stage in the auditorium are hatches in the roof that open in the event of a fire to allow smoke to exit the space. Surrounding the hatches is a raised wall, which presumably exists to prevent any old roof-goer from accidently falling through the roof multiple stories onto the stage.

So there you have it. Waterford High School contains more than what is visible at first glance. We encourage you to explore more about your surroundings – but please don’t go on the roof.