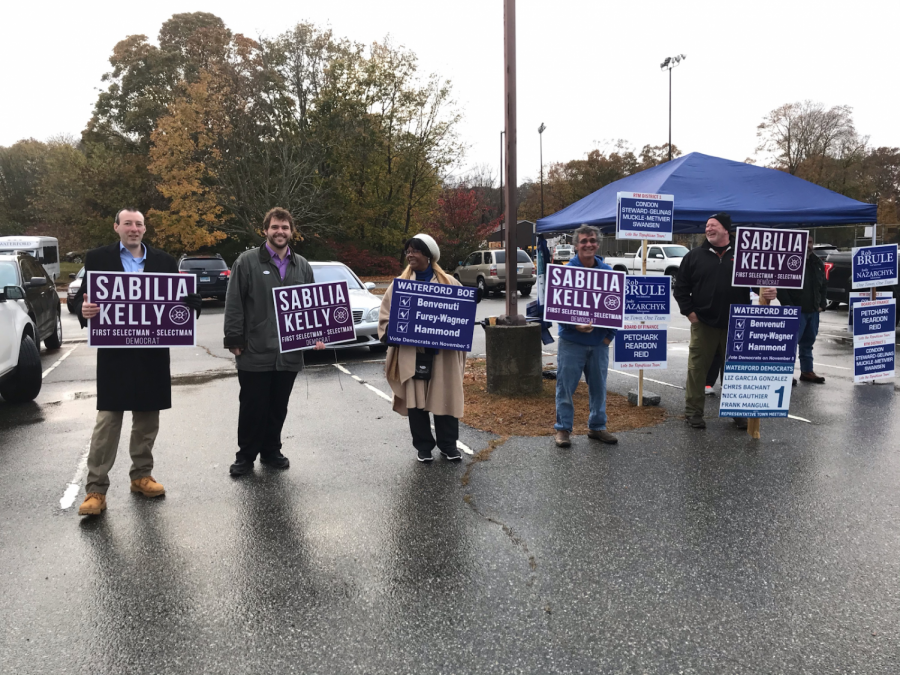 Campaigners outside of a polling station. Captured by ctexaminer.com

Waterford just elected a new selectman and selectwoman to represent the town. Among other electoral positions, some of Waterford High School’s own staff members ran for positions. One of those running was Michael Bono, a tech-ed teacher at the school. He ran and won a position to represent the fourth district of Waterford, which encompasses the Great Neck area. Bono says that he is excited to bring innovative ideas and perspective to the Representative Town Meetings or RTM. Mr. Bono was a rookie campaigner and says, “I did not so much as want to run for office as I was compelled to serve by two people who I hold in high esteem: Rob Brule and Jody Nazarchyk”. Their push for him to run was successful, as he will now represent Waterford residents from his district at all town meetings.

In his new position, Mr. Bono hopes to take his perspective as a teacher and apply it to his work for the town. “Being a teacher I get to hear the perspective of the town’s most important resource: its youth.  I can’t help but keep those perspectives in mind when considering issues before the town.” Mr. Bono says his goal is to make the town a place where people will want to live and work.

When asked about his experience with the campaign Mr. Bono said, “It was nothing like what I would have expected it to be, it is a lot of group work and a large collective effort, not something someone could take on by themselves. I was lucky enough to be with a group of veteran campaigners who took me under their wings.  Only with their help would I consider another run for office.” Waterford’s next representative town meeting will be held on December 2, 2019 at 7:00pm at the Waterford Town Hall.