A New Face to the Math Department 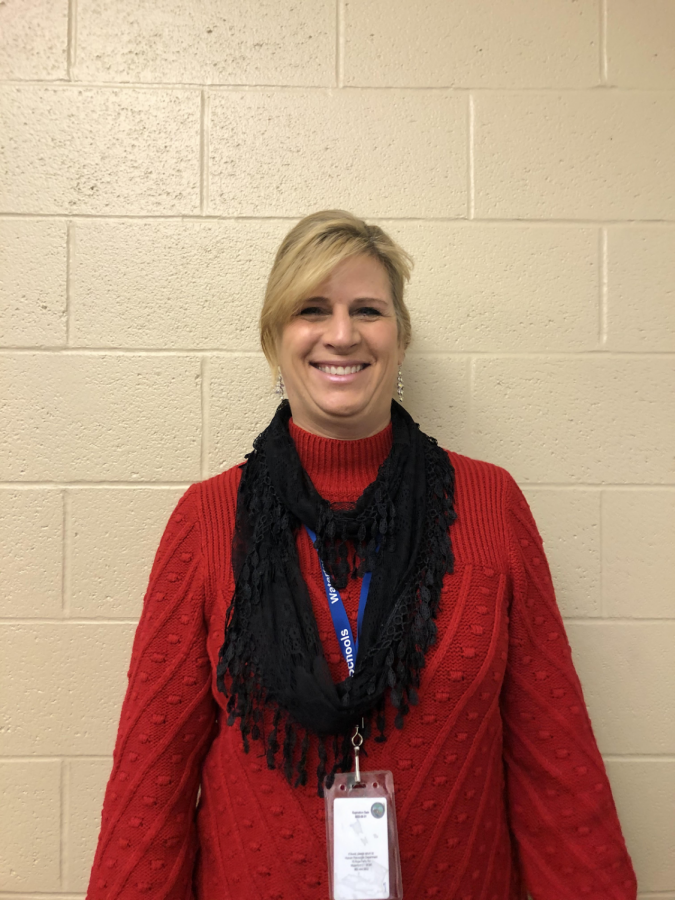 Dianne Stober previously taught Algebra 1 and Algebra 2, however her recent resignation from Waterford High School left the math department short a teacher. During a brief period with no permanent teacher for the classes, Mr. Basset presented lessons to Mrs. Stober’s students. After a five week vacancy, Lisa Sachatello is now teaching Algebra 1, Algebra 2, and Algebra 1 Link for WHS.

Mrs. Sachatello previously worked at New London High School in the science-technology department. She was also involved with student government. She taught at NLHS for eight years, so it was “difficult leaving her students.”

Ms. Sachatello reports that the move from NLHS to WHS has been generally easy, since she and her family had already lived in Waterford. The school schedule however, was confusing at first. “Here there’s block scheduling and advisory, which I didn’t have at my previous school, so it was pretty difficult to get used to the schedule at first.” At NLHS there was a 22 minute lunch time though, so she did not get much time during school to plan for her next classes, so her provided prep blocks at WHS was a helpful addition.

After a two week selection process, Mrs. Sachatello was notified she would begin teaching at WHS. However, before leaving New London, previous assignments needed to be graded and her students needed to be notified. The administration also needed to be notified, so the process took an additional three weeks. “It’s like moving out of a house. I’m hoping soon I’ll be able to put up my own posters for my class as well.”

The curriculum at WHS is also different from New London, but Ms. Sachtello has been able to familiarize herself with the help of the math department. “Everyone in the department has been able to help me out with starting out here, they’re really great people,” she says.

Ms. Sachatello’s hope for her classes is to connect with her students and get involved in school activities like student government. “I am interested in somehow getting involved in class or student council. I was very involved with student government at New London, and I would love to get back into it again.”