Why Did Teachers Decide to Become Teachers? 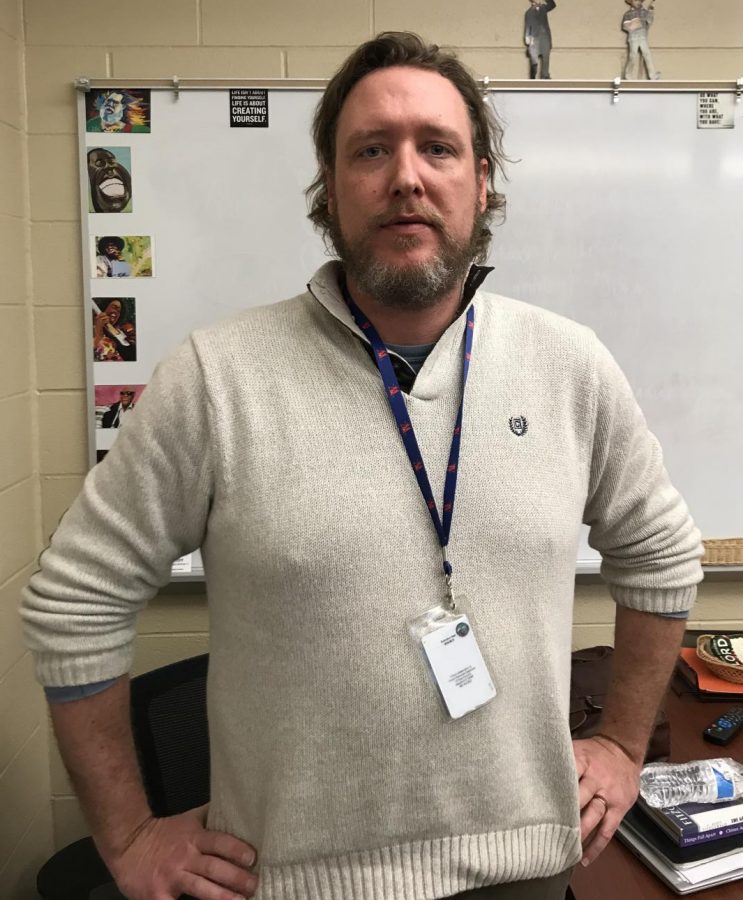 We didn’t choose to be here… but they did. Why?

Mrs. Herr took anatomy in graduate school and enjoyed it. However, it struck her in grad school that many students struggled with writing good lab reports. She was inspired to help people develop a foundation for learning so that they could go on to bigger things. She teaches high school because she believes students are able to understand the importance of things and not just do them mechanically. Middle schoolers, she argues, just don’t quite have the brainpower.

Mrs. Hartell: “I decided that being a garbage man wasn’t very cool.”

Mr. Cadorette: “Being a librarian seemed easier than being an English teacher and the librarian at the time didn’t seem to do anything… when I got to training, the first thing they told me was, ‘We don’t want you to be like that.’ Instead, I had to work in classrooms and help kids with researching, which actually ended up being much better. The one thing I hated most about being an English teacher was correcting papers, and now I don’t have to correct any.”

Mrs. Barnes: “I originally wanted to be a publisher, but I was tired of doing the same things every day and not interacting with people. I wanted to be a high school librarian because I like young adult literature and I wanted to be able to interact with the kids.”

Mr. Ash: “I don’t know, I don’t know if I can give a good answer. I tried to avoid it as long as possible.”

Mr. Lytle’s decision for career came down to either firefighter or teacher. Many relatives on his mother’s side of the family were teachers, whereas policemen and servicemen dominated his father’s side. Mr. Lytle held a job in sales after graduating college, but he decided that he wanted to pursue a career he felt had more impact on the world: “I felt like if I died, what I was doing with my life wouldn’t be remembered. I was just there to sell product.” Mr. Lytle wanted the opportunity to change the lives of young people, and he’s here because of that.

Did you always want to be a teacher?

“Absolutely not – in high school the last thing I could imagine being was a teacher. That would have been the worst possible scenario.

Mr. Bassett: “I was tutoring one of my friends in high school for math, and afterwards she was like, ‘Wow, I really understand this,’ and I thought that was cool. Oh, and a few more reasons: June, July, and August.”

Mr. Silvestri: “I majored in English, hoping to become a writer or a journalist, but it hit me that those aren’t really 9-5 jobs. I needed to pay off student debts, and being a substitute teacher wasn’t really cutting it … It was kind of like, ‘Oh, sh*t, what am I going to do with an English major?’ Also, school was one of the only things I was better at than any of my classmates. I wasn’t a great athlete, or a great violin player, or anything like that. And people naturally want to do things they’re good at.”

Mrs. Marchese: “I enjoy working with people and can’t imagine myself doing anything else.”

Senora Cano: “I fell in love with my husband in college and there was no psychology major in Spain, so I changed my major. Little did I know it was the best choice I’ve ever made.”

Mrs. Prpich: “I honestly don’t remember why. I know the wrong left turns I took to get to this path, though. I was accepted into law school but decided I didn’t want to be a lawyer. I wanted to work on cruise ships for a while but that fell through … As a teacher, I didn’t realize it was something I wanted to do until I was right in the thick of it. Sometimes the best things in life are the things you never knew you wanted.”

Mr. Cheney: “Yeah, so my college roommate at Eastern, Greg Gwudz, decided he wanted to become a teacher. My life was aimless at that point; it was late in freshman year and I hadn’t even declared a major yet. We thought it’d be fun if we took classes together, so I decided to take the teaching classes so we could do that. I didn’t particularly care for those classes, but once I started getting in the classroom, particularly with student-teaching, I actually enjoyed the teaching part and thought I could be halfway decent at it. I ended up getting certified out of ECSU, then I was hired to teach here at Waterford. And guess who was teaching here with me… That’s right: Mr. Gwudz.”