A Deep Dive into Covid-19 with Dr. Natalie Dean 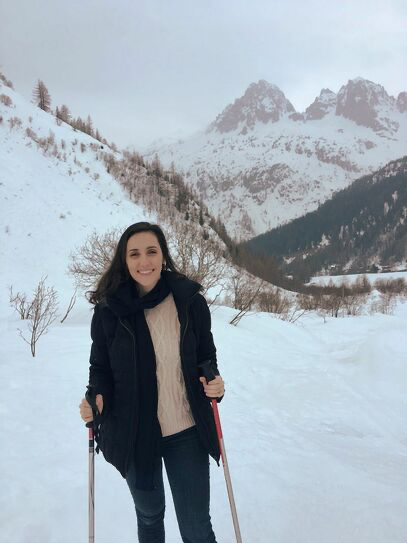 The coronavirus pandemic has halted the world in a way not seen since World War II. Most people living today have never experienced the isolation and disruption to daily life that this pandemic is causing. To better understand the virus, University of Florida biostatistician, Dr. Natalie Dean weighed in. Dean’s experience includes working for the World Health Organization on vaccine trials for Ebola and Zika, and now she is working to combat Covid-19. Dean’s day-to-day has been stressful, as many people can imagine. Her job includes creating models to project how many people will get sick; analyzing data from China; researching the origins of the disease; contacting scientists from around the world; and most recently, informing the public through news programs like CNN and the BBC. She has also worked closely with the Florida Department of Health and is running projections for early vaccine trials.

Everyone wants to know when a vaccine will be ready. Dean says, “It could take 12-18 months.” Much of that time is due to the scientific process. Due to the urgency of needing a vaccine, many scientists are taking bigger risks to produce a vaccine. Dean says, “skipping steps in the process is a big risk that could pay off or could result in a huge waste of time and money if the trial fails. The next step is investing in manufacturing, but there is a huge economic risk but the reward is having the vaccine ready to use.”

Dean spoke on what was different between the work she had done on Zika and Ebola and now Covid-19. She says, “The sense of urgency and the fact that we knew about Ebola and Zika because they had been around before and there had been outbreaks before. With coronavirus, there have been other illnesses that resemble it like SARS and MERS but not on the same scale as this outbreak.” The spread rate Covid-19 is much higher than that of SARS and MERS and the symptoms are more violent. The other difference she has seen is the impact to the global economy that has not been experienced with other outbreaks of Zika and Ebola.

A big issue in containing the virus has been the different responses from different countries. China raised the alarm in December and began dealing with its effects. Countries like Italy, Spain, the U.K., and the U.S. had delayed responses and as a result have more cases. The U.S. recently reached 40,000 deaths, passing China’s 4,632 deaths. Dean said that “countries that have been more successful at “bending the curve” is because they have been more aggressive in their social distancing approaches.” She also said that “rapid mass testing has played a key role in identifying cases.” The topic of tracking people by their cell phones also came up. Tracking and surveillance, the concept of tracking down every person that may have come in contact with someone who has Covid-19 and having them get tested, has been successful for a country like South Korea. One of the differences between the response of the U.S. and South Korea has been this concept of tracking and the invasion of privacy. This method has been successful in South Korea but may never be implemented in the US because of the importance of privacy as a right to Americans.

Another reason the U.S. has had such a delayed response is due to its citizens unwillingness to heed the advice of the scientific community. The federal government even blew off claims about the virus and said that scientists and doctors were overreacting. Many people claimed that COVID-19 was just as bad as the annual flu and that people were overreacting. This approach led to people ignoring the advice of the CDC to social distance and Dean says, “people do not realize that COVID-19 is more severe than the flu, and that nobody is immune to it. With the flu, people can be immune to it and there is a vaccine for it, whereas with COVID-19, a person may be asymptomatic but their body may still be full of virus and then passing it on to other people. Dean also says, “People with COVID-19 are getting really sick and that is one of the reasons medical supplies are dwindling.” People are getting sick and going to get treated, but they are staying in the hospital for a long time which occupies beds causing hospitals to overflow with patients and causing nurses and doctors to work 16 hour shifts with few days off. Dean is worried that people still are not taking it seriously, especially young people who are now out of school and the 20 and 30 year olds who still believe they will not get sick. Dean’s message to those people is,“We still don’t understand the virus and there are young people who are getting sick too, not just older people.” She wants people to think about your community and family, especially those who have preexisting conditions like diabetes or heart disease that are now at a much higher risk of getting sick or dying.

Now that you are panicked about carrying the disease, how can you stay safe? “The best way to stay healthy is to wash your hands and stay home please,” says Dean. Wearing a mask is also a good option even if it is a cloth mask she says. Dean stresses that people can transmit the disease without having symptoms and that there is still an extremely high rate of transmission and the only way to slow that is by practicing social distancing and staying home. Being stuck at home is not fun and can be very sad. Covid-19 has cancelled or postponed many big events like proms, graduations, concerts, and sporting events. “We are living in extraordinary times”, Dean says. “Everyone is allowed to grieve and it is okay to be disappointed about events being shut down”, she says. Dean says the disease’s impact has been felt globally and will affect our lives for a while. She calls this pandemic “history making” and says the disease has caused massive unemployment and changes to day-to-day life, creating an atmosphere similar to living during war time. “Because of this disease we will be more prepared for public health crises in the future,” Dean says. When asked when life will go back to normal Dean gave a unique analogy, she said, “That question is like asking a firefighter when you can go back into your house while it is still on fire.” It is going to take awhile and it is going to depend a lot on how well people adhere to isolating measures like social distancing. Eventually, Dean believes that life will become more normal with some modifications to daily life still in place.

So, what can we do to help those who are battling the virus? Dean says the biggest way to help is, “Stay home, practice social distancing.” For those who want to do more though, Dean suggests “donate to a local food bank, lend a helping hand to people who have lost their jobs, check in on your elderly neighbors, and avoid grocery shopping on the first and second day of the month as that day is when people who rely on food stamps get money to get food.” She said she has found a few positive things that have come out of this whole experience for her. She said, “I have loved interacting with people on Twitter, talking to reporters, and working alongside scientists all over the world trying to find a solution together. It is cool to see the scientific community being highlighted in such a positive light and exposing people to the study of epidemiology and infectious diseases, which is what I study.

I want to thank Dr. Natalie Dean for taking time away from her ever important work to talk to us and thank her, her colleagues, and all the medical professionals for everything they are doing to keep us safe during these unprecedented times.