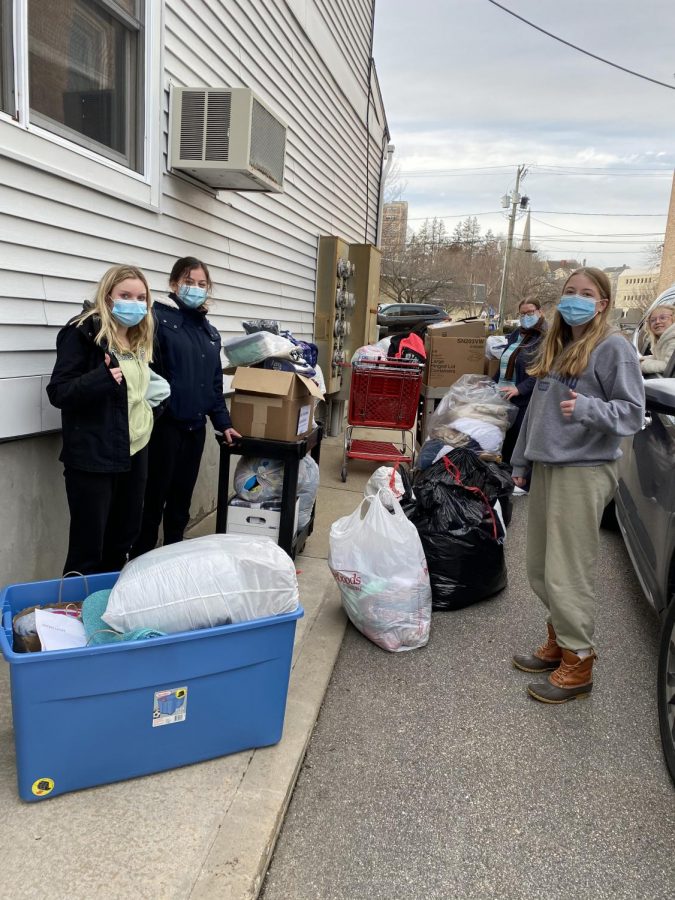 Waterford High’s Women’s Empowerment Club has begun its goal to promote positivity and equality in the community. The new club was started by seniors Sophie Marcille and Paige Walstra, and junior Maddie Myers. Their main missions are to educate high school students on current issues associated with gender equality and help others with their sense of self-worth. “The whole reason behind starting this is I can be angry at the lack of women’s rights and acknowledgment, but if I don’t do anything about it, if we don’t do anything about it, nothing’s going to change,” says Maddie. With the restrictions of Covid-19 cohorts, it has been difficult to meet consistently with the group, however, they plan on improving the regularity of the meetings once the cohorts are lifted.

The club is planning on having a guest speaker from Safe Futures and recently had a meeting with the CEO of Pink, Amy Hauk. The meeting took place on February 3rd on Zoom. Hauk discussed the obstacles faced by businesswomen and the promotion of diversity within Generation Z. The group took the time to ask questions concerning how to handle problems they may run into when going into the study of business. To conclude the meeting, the winner of a $15 gift card raffle was also announced. Celine Mendez, senior, attended the meeting, reporting, “I enjoyed it because it was genuine; and she didn’t give us niceties. She told us that we’re not gonna get anything hoping, that we have to work hard and at times even harder than men.”

The purpose of the club is not to discourage male students from joining nor does it encourage discouraging men. Members of the club want to promote equality and do not want male students feeling discouraged from joining. Paige says, “I feel like the only people who make fun of this club are some boys in the school, but they have to realize this has nothing to do with degrading men in any way,” but instead giving women a platform to speak on their own experiences with sexism in society. Boys are more than welcome to come and are encouraged to any advisory and after-school meetings.

The group has begun designing posters to promote their club. For their first fundraiser, they collected donations to Safe Futures. Safe Futures is a local organization that protects and aids those who have experienced abuse. The event was a competition for a box of Krispy Kreme between advisories, in which students donated as many items for Safe Futures as they could. Their success with the fundraiser has already sparked brainstorming ideas for the next.

Anyone interested in joining the club can contact Maddie, Sophie, or Paige through email or in-person. Happy with the success the club has had so far, Sophie adds, “It’s been a great addition to WHS; by helping teach young women personal skills and to be confident when facing obstacles as a woman….as well as the importance of empowering other women.”