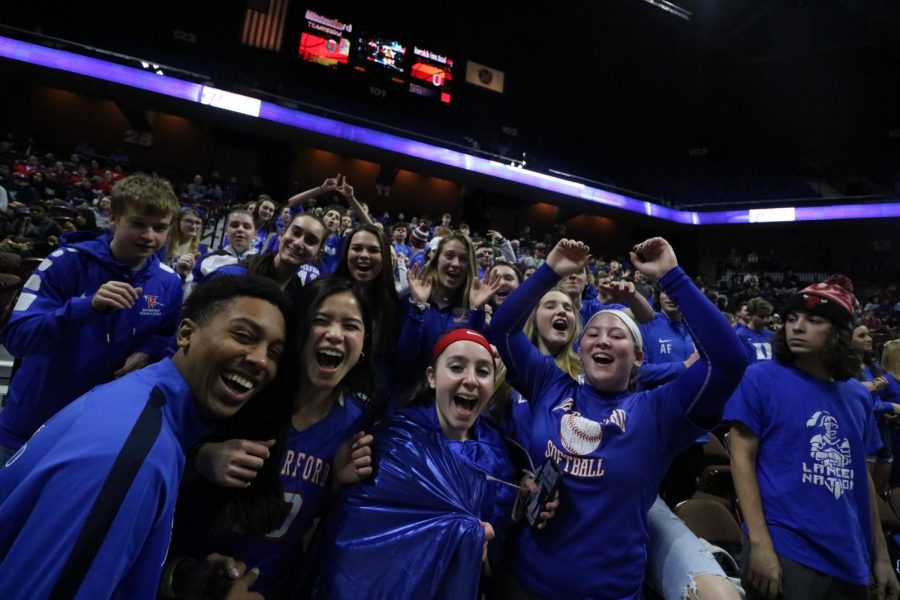 Lancer Nation has a reputation within the local community as the ‘benchmark’ of student sections, where chants, costumes, and attire originated. While The Nation has the power to heighten above student sections in neighboring towns–especially in southeastern Connecticut. The Day rewarded Norwich Free Academy ‘Red C’ and East Lyme’s ‘Viking Valley’ the title of the best student sections in the Eastern Connecticut Conference. This unexpected result attracted a lot of disagreement from WHS students, fans, and spectators of area high school sports.

Many reminisce on previous graduating classes and the energy they had. “[Lancer Nation] has not met the expectation of what Lancer Nation actually is to the [public],” says Connor Elci, junior class president and familiar face of Lancer Nation. Waterford’s student expectations succumb to mainly school spirit, Elci goes above and beyond this title. “I’ve made it to almost every [home] game,” he says. It’s not difficult to notice not many students stand out at games or school events compared to previous classes of students. Spectators are quick to notice that underclassmen never cheer or react to much of the game.

In past years, students tended to cast pranks against staff and students, have a tougher vibe, and mostly scare the younger kids. A lot of the students see this as both a good thing and a bad thing. The calm of the storm is likely relieving to teachers and faculty who would have missed an opportunity to watch talented athletes play because they would have spent their time babysitting a rowdy crowd. Most students miss the positive energy of the seniors, especially for firing up our student section. Despite the complaints about the lack of energy in the student section, students have yet to make the changes necessary to meet their own standards. The excitement and shrilling fanaticism when it comes to being in Lancer Nation is what makes us unique as a whole.

Although, it isn’t just the underclassmen who have dulled the fire. In the 2017-18 basketball season, the mass of blue and white would stretch to the back wall, bleachers swallowed underneath the crowd of students. Comparing to this year, it’s difficult to fill the stands to the top– except for major rivalry games against towns similar to East Lyme and Trumbull. As much as the legacy of athletic talent is hoped for, the reign is not going to last forever.

Waterford Boys Basketball has always been the local buzz as Connecticut is home to many talented athletes– mainly coming from southeast of the state. Performing well in front of a crowd is nerve-wracking, expectations are even higher due the talented roster for the 2018-19 winter season. “[Students] take for granted that we’re on a big winning streak,” says  Payton Sutman, a junior starter, “They expect us to win every game. People need to realize that it’s not going to last forever”. 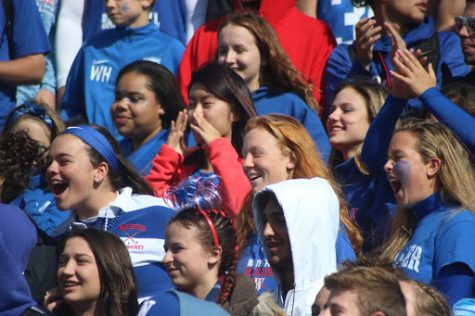 The players tend to feed off of the energy produced by Lancer Nation, which makes playing the sport a lot more enjoyable. “Obviously, you need big numbers to have a good student section,” says Sutman, “This year, there has been some games where Lancer Nation hasn’t been out full-force– we like when they are. When they come out full-force and the numbers are big… it’s a great atmosphere to play in.” Bassett and his players focus a lot about the atmosphere when playing their game. When playing into cause and effect, they like when their student section is rioting out of excitement and good energy, that same intensity will be reciprocated through those playing the game. “It definitely gives you confidence,” says Kenny Hill, a senior player,  “The energy is a lot different in an empty gym [rather when it’s filled]. When Lancer Nation is really rockin’, it’s easier to make plays and hit shots a lot easier”. Being a Class-Act school is an incredible privilege, cheering with mainly respect for opposing players and spectators in hopes of deepening a positive reputation. That energy plays into how the players may perform as a whole, as the energy reciprocates between The Nation and the players, it makes it enjoyable for everyone. The retiring players and Nation-enthusiasts hope for the energy to rise and prosper for years ahead and beyond.