Waterford Volleyball is Heading to State Finals with Win Over HK 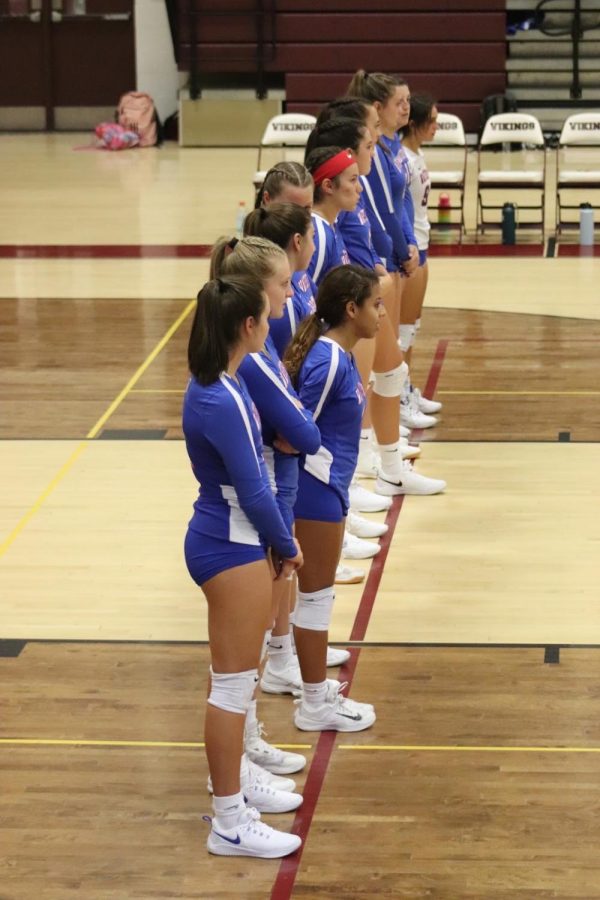 Waterford Volleyball has had an impressive season this year, and they will extend their time on the court all the way to the finals. The girls won semifinals last night against Haddam-Killingworth 3-0. The first set was won swiftly with a score of 25-15. The second set was tighter with a score of 25-20, and they dominated the last set 25-9. The match took place at Fitch, neutral territory for the Class M semifinals. The starting lineup consisted of senior captains Ryleigh Gonyo, Rachel Miller, and Sabrina Kobyluck, as well as players Angela Colonis, Liliana Kramer, Briana Muckle, and Kate Lange. Captain Ryleigh Gonyo is currently up for ECC Athlete of the Week.

Kate Lange, a sophomore starter for the team, stated that they won because they “played really well as a team and played hard the entire time. We didn’t let them get a long run on us and we just kept pushing.” That teamwork and unselfish behavior on the court was what allowed them to have their many successes.

Volleyball finals will be held on Saturday . The Lancers will be taking on the Seymour Wildcats, who have been ranked number 1 throughout the state tournament. Even with their impressive record, Lange did not seem worried about it. When asked about how the team will prepare for the big game, she responded, “We are going to practice really hard and adapt to the other team’s strengths.”

The Lancers play Saturday at 1PM versus Seymour Wildcats at East Haven High School for the state championship.