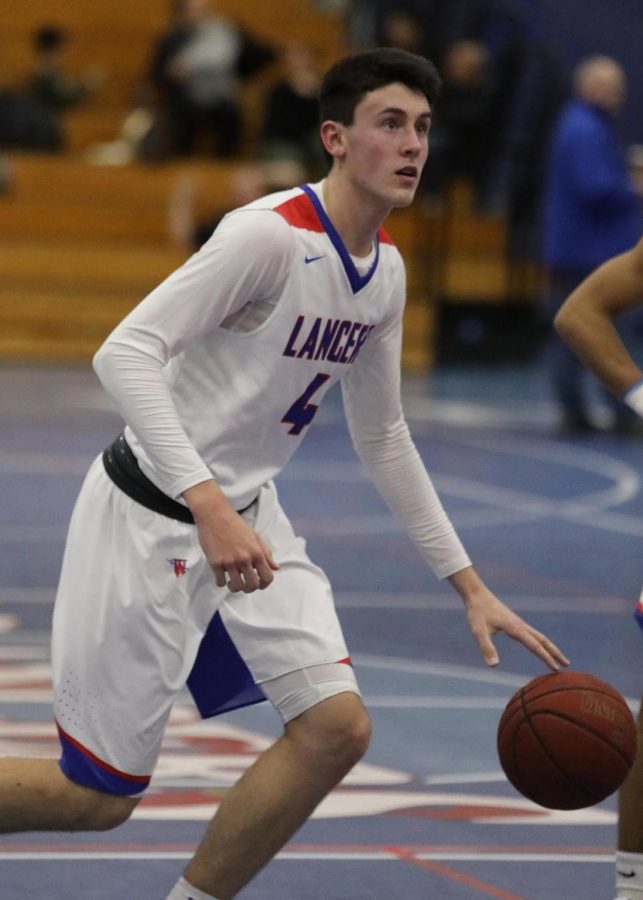 Winter sports are almost upon us, and with many successes last year, our teams, staff, and students are hoping for another successful season. This is what WHS has to look forward to this winter season.

Girls Basketball: Waterford’s girls basketball team will be led this year by seniors Marilyn Childs and Anna Schleck. After having a difficult season last year with lots of injuries and conflicts between coaches and players, the girls hope to rebound this season. As for the staff lineup, there is a new head coach, Dan Still who ran JV last year. He will attempt to bring the girls to a more successful season, despite the previous difficulties.

Fencing: Fencing season is upon us, and this team is ready to return with a new ferocity. With a team led by senior captains  Katherine Cody, Ashley Metivier, and Alex Cole, and head coach Cathy Mason, they are ready to take on the new season.

Captain Ashley Metivier shared the team’s successes from last year and goals for this year: “We were successful because of the support from our teammates as well as the hard work we put into every practice.” After finishing second for foils in the ECC tournament last year, they are ready to go all the way and win the division.  “Fencing is a great sport,” Metivier tells. “everyone has a family-like bond. It’s amazing.”

Wrestling: Waterford wrestling is making its return this winter season. There is a strong senior presence, including Sloan Doerfler, Jeremiah Harshberger, James Hodge, Jeremy Hynek, Virginia Juarbe, Donald Mellon, Elijah Morosky, and Anthony Sachatello. Led by head coach Chris Gamble, the team will make its way to the mats in an invitational event next month to kick off the season.

Indoor Track: This team is led by a large roster of seniors ready to take the track: Lucas Brennan-Almaraz, Jalen Chappelle, Wilmar Diaz, Aidan Elbaum, Chase Kempke, Jared Lovell, Garrett Rubino, Sarshar Sajid, Alejandro Santiago, Owen Seltzer, Michael Vincent, and Ethan Welch. Last year’s states provided some difficulties as well as the loss of very talented seniors, but they hope to move past the challenges and improve as a team. Coached by Jay Criscuolo and Kevin Blackburn, this team should run their way straight through an impressive season.

Boys Swimming and Diving: Boys swimming and diving are led this season by seniors Jason Blain, Bryce Dorunda, Kody Dow, Dylan Goldschneider, and Sebastian Zegarra. The team had many successful meets last season, placing third in their ECC division. According to Dylan Winninger-Sieve, a sophomore swimmer from Marine Science Magnet High School, “this is the best the team has done in years.” Hopefully that trend will continue. Coached by Patrick Callahan, the boys will be making a splash in the winter season.

Basset, head coach of the team, shared his insight about the two championship teams in the last two years. Each team differed greatly, according to him. Two years ago, Mikey Buscetto led the team as one of the best players the state has seen. Last year, Liam Spellman led the team, but had a much more equal group of athletes surrounding him. The common thread? Each team was unselfish; “each player was for the team rather than themselves.”

This year, the biggest challenge will be resetting expectations. The upcoming team is different than the past teams, as they have their own strengths and weaknesses. Yet, we still have the same goals. Defend our ECC and state title, especially now that Waterford has moved up to Division 1. Bassett explains, “we want to play our best basketball and make some noise.”

“We will be fun to watch” Basset states, as we have and will continue to work hard all year.”

Lancer nation be prepared, as the season is coming up soon, and basketball is about to go all the way.