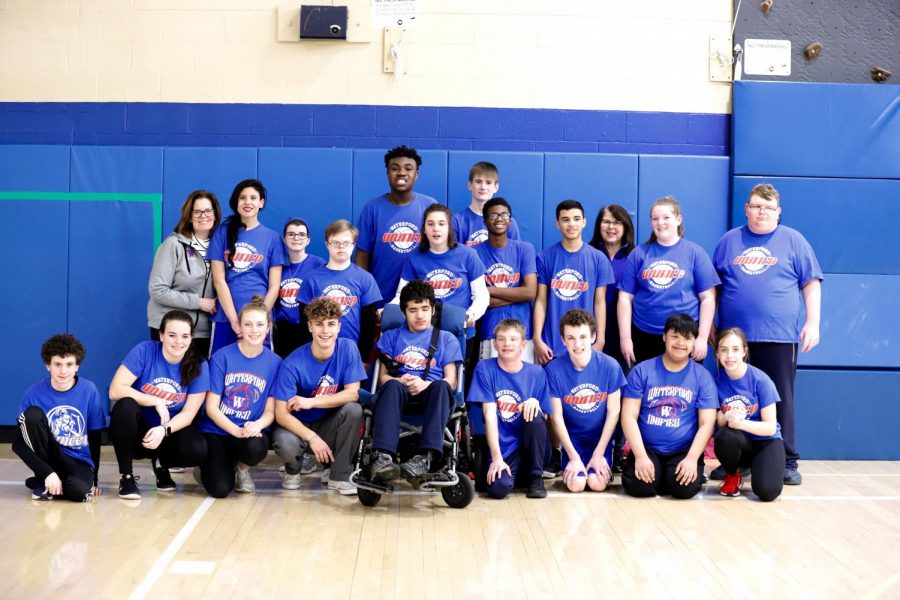 Waterford High School continues its great athletic reputation with the Unified Program run by coach and teacher, Mrs. Lineburgh. The teams consist of special education and regular education students who compete against other schools in the area. The group has competed in sports such as basketball, soccer, and cheerleading.

In the fall, the team competes in soccer however the team’s main focus is on basketball. “Having fun is most important however winning is a close second” says Mrs. Lineburgh. Lineburgh won Connecticut High School Associate Coach of the Year.

The team unanimously agreed that they love playing basketball. They all love being able to play sports. “It makes the kids feel happy” said Coach Lineburgh. The team as a whole enjoys the atmosphere of games, whether it’s being involved in the sport, the cheers from the sidelines, or non-team members who help out. The boys basketball team helps referee that games, Mr. Nolda gives commentary, and various other students help out during games. Students Shannon Carter, Madison Nott, and Nikko Zingus actively help the unified athletes on the court and in gym class.

Recently at the cheerleading ECC competition, Morgan Santangleo and Isabella Digleo participated in unified cheerleading, in which they were assisted by members of the Waterford High School cheer team. “The event made me feel so good” says Unified Athlete Isabella Digleo.

The unified basketball team is currently preparing for their big tournament on March Tenth hosted by Norwich Free Academy. The team hopes to continue to dominate the ECC in the tournament as well as promote unified sports in the area.