The Story of Dobo 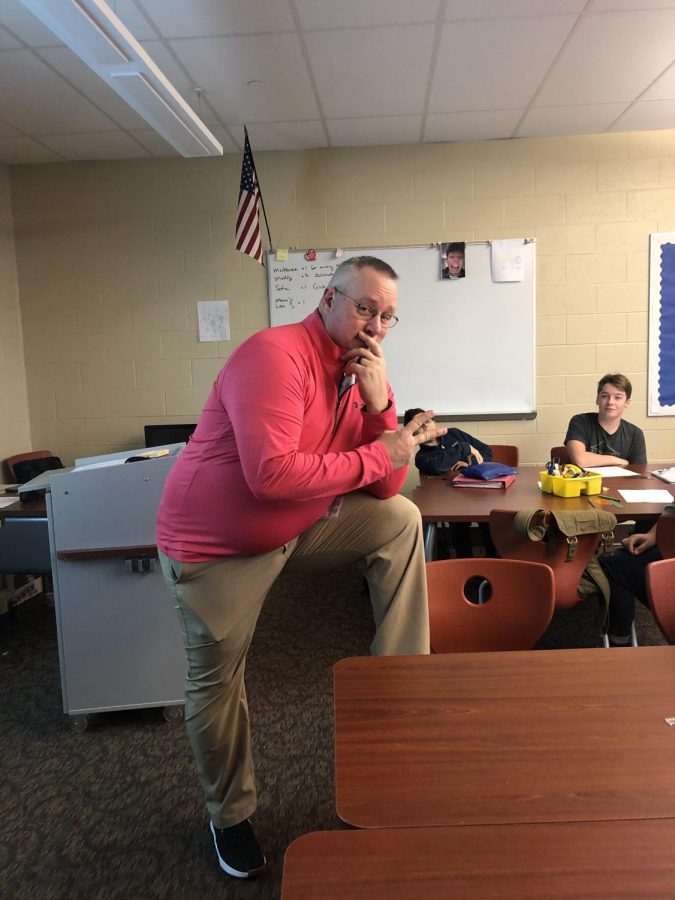 Mr. Dobo has been part of Waterford High School for eight years now. Prior to being affiliated with geometry, algebra two, and discrete math, Dobo has been all over the United States with various different roles.

Originally from Hawk Run, Pennsylvania where there are no street lights and only one road with lines, Dobo never enjoyed academics. He preferred the outdoors, hunting and fishing, as well as playing sports such as baseball, football, and wrestling. Dobo felt pressured by his parents as well as school counselors and teachers to go to college. He admits he was nowhere near ready for post-secondary schooling. After high school Dobo was accepted into Penn State. His first year was successful as he joined the baseball team and made the dean’s list his first two semesters. However, he flunked out his second year.

After his time at Penn State, Dobo joined the National Guard. Dobo served for six years all over the country. He served in Pennsylvania, New York, New Jersey, Georgia, Missouri, Alabama, Kentucky, and California. For a year and a half, his position was a full-time guard soldier. The rest of his service he spent doing administrative work. After his service in the National Guard, Dobo met his wife out in southern California.

Mr. Dobo and his wife eventually settled down in Niantic, Connecticut. Mrs. Dobo works at an intense job at Pfizer as head of Impurities Regularities. At first, Dobo was a carpenter, yet this did not last. Having to travel to Danbury from Niantic six days a week with kids was impossible. Dobo claimed the title of stay-at-home dad. In his free time, Dobo would umpire college baseball. From being a dad to working with kids on the field, Dobo developed a passion for working with younger people.

Dobo decided to formalize his passion for working with kids. He returned to school, getting his bachelor degree in mathematics from Eastern CT State University and a Master’s Degree in Special Education from St. Joseph University. He brought these new skills to Stonington High School for five years and then to Waterford High School.

Dobo has loved his time teaching and working with kids here in Lancer Nation. He appreciates when schools focus on students who want to get better and make progress in their studies. Dobo says, “You can go to any top university and if you are resistant to learn, no one will teach you. Also, if you go to a state school, you could graduate and become a world leader.” This happened to Dobo’s wife as she went to a local state school and came out a top leader at Pfizer.

Mr. Dobo enjoys sharing his life experiences with the students at Waterford High School and if you are smart and listen, you just might learn something.