Past and Present, The History of WHS 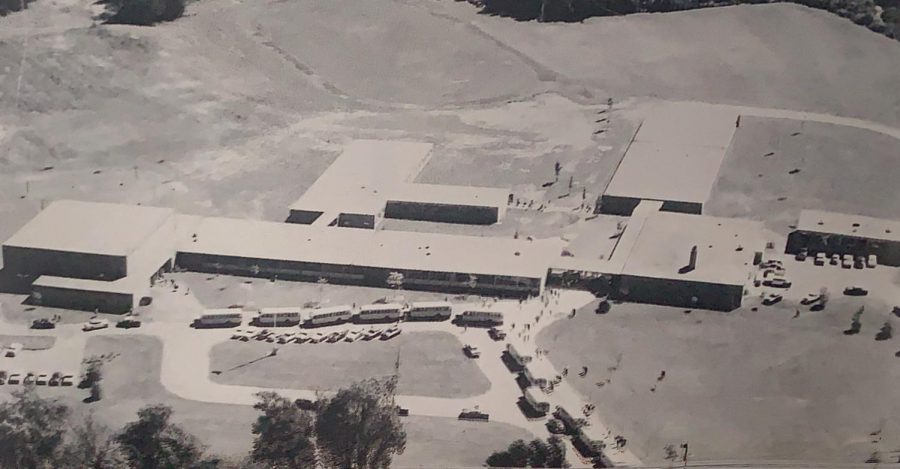 Waterford High School first opened in 1956 and has had many notable figures, events, and additions throughout its life.  Prior to the school’s opening, Waterford students would be funneled from the now called Clark Lance Middle School to New London High School. As the number of enrolled students kept increasing, there was still a need for more space, more specifically a high school.  Originally featuring only 24 classrooms, the new high school did boast a then state-of-the-art gym, now referred to as the Old Gym, and a woodworking/metal shop.

During this time many pieces of traditions were established that are deeply rooted in WHS culture, such as the school colors of Royal Blue and White. These colors were chosen on September 28th of 1952.  In addition, “Lancers” was chosen in February of 1957 by the WHS boys basketball team, under coach Sweeney. The original school newspaper named “The Charter,” describes this decision first by defining what a Lance is: “A lance is a spear-like weapon used by the cavalry. In merry old England, the knights used to joust with lances.  This sharp nickname for the aggressive athletic teams should prove to be very appropriate.”

Over the years additions have been made. The first addition to the school occurred around this time in 1959 and added around 10 classrooms as the school shifted from a school for grades 7-9 to 9-12.  In 1982 the auditorium, field house, and pool were all added on, however not in the current state they’re known in today. And finally the latest addition, officially opening in 2013, includes interesting features such as a (what’s the name of the cooling system?) under the staff parking lot regulating the temperature of the school.  Original sketches of the new school are linked in the slideshow, displaying what could’ve been the present day WHS.