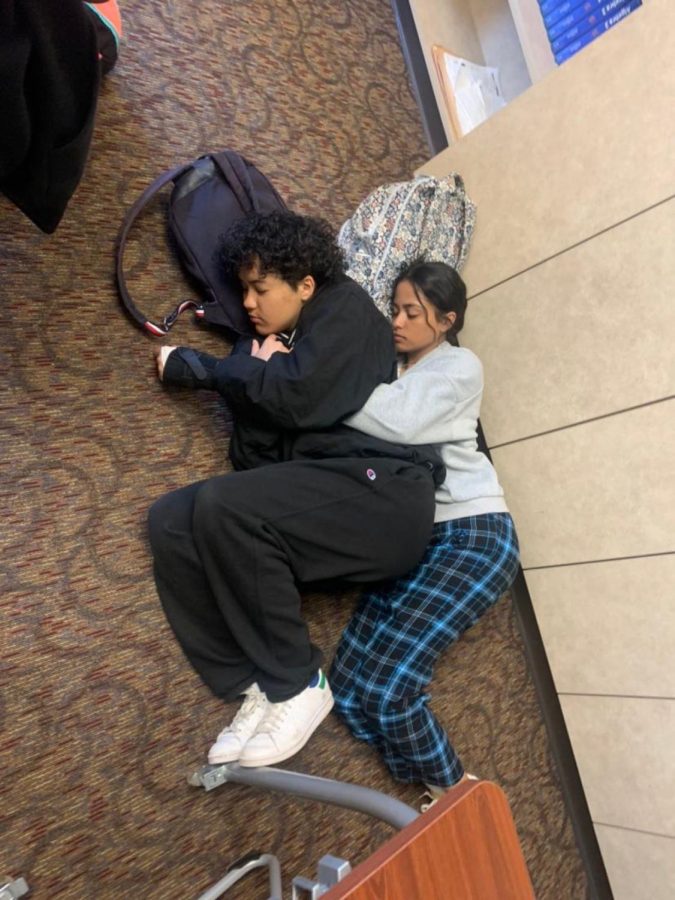 Ask any teen if they get enough sleep, and the answer is pretty much guaranteed to be no. Based on data collected by the CDC, at least 72% percent of high school students struggle with sleep deprivation.

There is pressure on teens to be well rounded. They are expected to do well in school, play a sport, volunteer, work a job, and more. With only so many hours in a day, many teens have to stay up well into the night to stay on top of all their responsibilities.

On top of all the external factors preventing students from getting enough sleep, teens’ bodies aren’t able to rest properly. Studies done by the American Chemical Society have shown that adults start to produce melatonin around 10pm meaning they can fall asleep sooner. However, teens’ bodies don’t start production until 1am. Even if students get all their work done and get ready for bed early enough to feel well rested, their bodies aren’t ready to fall asleep until much later. In the same study, researchers saw that the melatonin production in teens doesn’t stop until 8am. Since their bodies are still producing hormones to keep them asleep, it is really challenging for students to get up in time to get to school and pay attention in their morning classes.

When teens don’t have enough sleep, it’s hard for them to perform well in school. The Sleep Foundation concluded that a lack of sleep can lead to decreased attention, impaired memory, slowed processing, worsened sequential thinking, and reduced creativity. On top of the impaired mental functioning, researchers found that insufficient sleep led to mood issues as well. These problems include excessive daytime sleepiness, poor decision making, aggression, irritability, hyperactivity, depression, and anxiety.

Even here at WHS, teachers see the effects on students. Mr. Wheeler sees a lot of students sleeping during his class. One reason he sees for the napping problem is the lack of equity between classes. More students will stay awake in an English class, since they see it as more important than an elective. Because of this, elective teachers, languages included, face a lot more students sleeping than the staff who teach core classes.

When asked about how he handles students who fall asleep, Mr. Wheeler explained that he generally has two approaches. If the student is normally an active participant, he often will reach out and make sure everything is okay. If the student is just tired from staying up late working, he will leave it at that, but if it’s something more, he will try and help the student. For these kids, he will help them catch up on what they missed, as long as they reach out and put in the work. On the other hand, if a student generally doesn’t care during class and they are just sleeping to get out of doing work, he is less likely to spend extra time catching them up. Those kids will have to figure out the material they missed for homework. Mr. Wheeler also emphasized that he doesn’t encourage students to sleep in classes, but he understands that kids are facing a lot and sometimes they can’t help it.

It’s not just teachers noticing it too; students see the effect of this all day as well. Brianne Kilcommons, a sophomore here at WHS says that she doesn’t see a ton of students sleeping in her classes, but she credits that to taking the honors courses. She mentions how in her electives, students seem to not care and they sleep more often.

Since a lot of factors inhibiting sleep aren’t under the students’ control, some school districts have much later starting times for the high schools than Waterford. Many of these districts were influenced by the American Academy of Pediatrics, which suggests that teenagers shouldn’t start until 8:30. With what’s generally referred to as a flipped opening, the elementary schools open first, with the middle school in the middle, and high schools opening last. This allows the teens who need to sleep later the chance to take care of themselves. The younger students naturally have more energy and so they are able to start earlier without as many of the negative side effects.

While this idea has come up in discussions for Waterford before, it never gets too far for three main reasons. The administration realizes that lots of older students watch their younger siblings after school while parents are at work. On top of that, it is often dark early in the morning. While waiting for the bus, more parents are okay with their teens waiting in the dark, but they would feel uncomfortable if their younger kids had to. It would also be hard to transition to this schedule because teens tend to have more after school activities. The administration wants to make sure that the students are able to get out of school with time to complete all their responsibilities. With sports and jobs, getting out of school later in the afternoon would mean students wouldn’t be able to start their homework until even later in the night.