The Recent Advancements of Pfizer 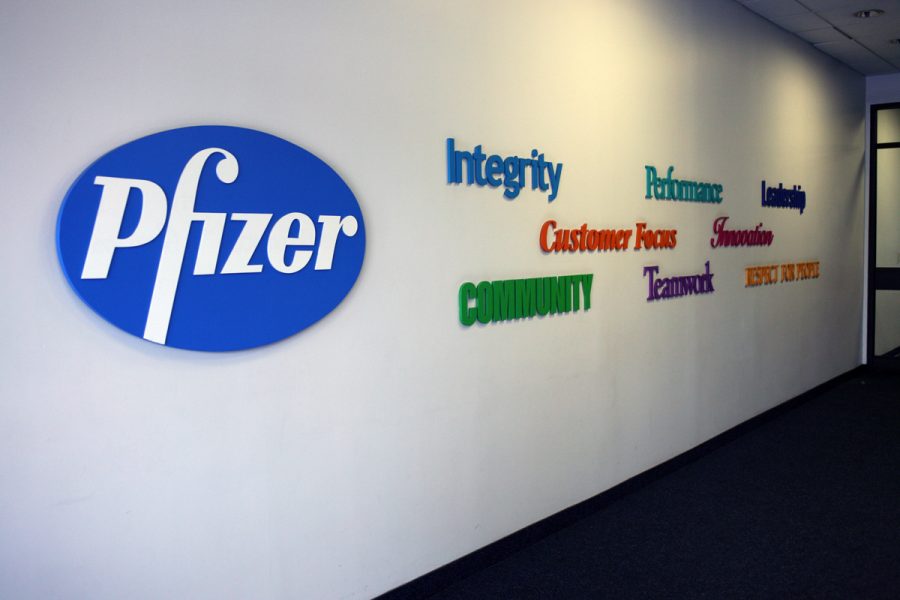 Pfizer’s work is both significant and revolutionary. Pfizer does not just produce life-saving treatment in one realm of pharmaceutical studies but rather in a wide array of fields. In fact, Pfizer’s mission is to find treatments to the many rare diseases that plague our world. Nearly a year ago, a drug called Glasdegib, which is used to treat early stages of a cancer called AML in the elderly, was approved for commercial use. The process of getting the drug past the trial stages was the responsibility of Hong Jiang, a resident of Waterford and a Pharmaceutical Science Team Leader at Pfizer in Groton. She was one of the leaders of over 300 people working in Groton on the drug. The drug is taken with low doses of chemotherapy, resulting in a lower toxicity that elderly people with AML can tolerate. Despite the drug having come out a year ago, it is just beginning to make its full impact. Jiang explained that she goes to bi-weekly meetings to discuss the success of the drug on the commercial market. The drug is still in the process of uptake, meaning that it has yet to be produced to its full quantity. As with all new drugs, there is a process of physicians becoming more aware of the usage of the drug, which is the process Glasdegib is undergoing right now. Glasdegib has already seen large increases in its use and has proven to have a high success rate, adding three to four months to the average five month survival period of AML in elderly individuals. When asked about the importance of Pfizer’s developments, Jiang explained that their “goal is to develop breakthrough therapies that change or save patients’ lives in oncology.”

An especially useful development that has been recently integrated into Pfizer’s drug manufacturing technology is PCMM. PCMM is a method by which drugs are produced more consistently. Glasdegib was the first drug to be produced using this method, and Pfizer has been increasing the use of this method ever since. As opposed to calculating the amount of life-saving medication in each tablet of various drugs by statistics, PCMM allows each individual tablet to be created and checked over for accuracy. This development is especially important in increasing the safety of the drugs Pfizer releases.

The future for Pfizer is bright, which means the longevity of both the life of humankind and potential job opportunities are as well. Jiang explains that “the future is to . . . share findings and advanced technology as well to make medicine faster and sooner to patients in need.” As the company prioritizes using the most up-to-date technology, -we can also have access to better, safer medications and potential life-saving treatments. Additionally, as Pfizer expands, the possibility for jobs will also grow. Many students at Waterford have connections to Pfizer, whether it be through parents or a future interest in pursuing a field in that area. The positive changes that are happening at Pfizer mean great things for the prospects of people who either want a job at Pfizer in the future or who have parents with a job at Pfizer. Currently, Pfizer in Groton has over 60 job openings in their company, supporting the lives of the Waterford residents pursuing or wanting to pursue a career in drug manufacturing in the future. These job openings are thanks to the advancements and improvements the company has made.